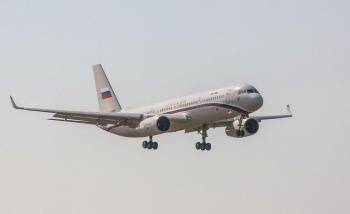 Kazan to produce up to 10 Tu-214 aircraft annually. 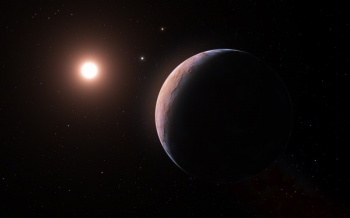 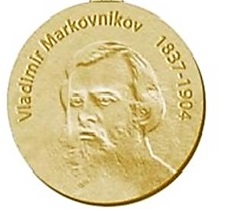 The current definition of a “planet” is rooted in folklore and astrology, and must be dropped due to not meeting the needs of modern astronomy, a new study states, opening the doors for the Pluto comeback. 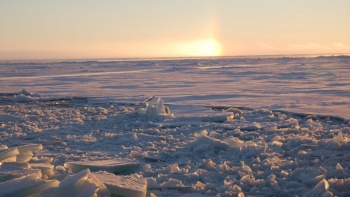 The goal to preserve summer sea ice, and the creatures that depend on it, is ambitious. Scientists are pinning their hopes on building a sanctuary for Arctic species in the Last Ice Area (see photo), the region of the Arctic where summer sea ice will last longest. 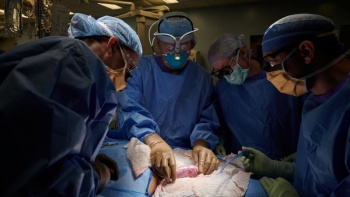 What does the first successful test of a pig-to-human kidney transplant mean?

What does the first successful test of a pig-to-human kidney transplant mean?

The milestone is a step toward solving shortages of the organ but hurdles remain. Surgeons in New York City successfully attached a pig kidney to a human patient and watched the pinkish organ function normally for 54 hours. While such procedures have been done in nonhuman primates, this is the first time that a pig kidney has been transplanted to a human body and not been immediately rejected. 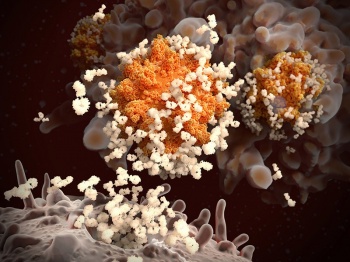 People who have previously recovered from COVID-19 have a stronger immune response after being vaccinated than those who have never been infected. Scientists are trying to find out why.


The winners of the 2021 Global Energy Prize were announced on 6th September in Kazan. The laureates were: Russian scientists Zinfer Ismagilov and Suleyman Alakhverdiev, as well as American academic Yi Cui.

International Scientific and Practical Conference «DECARBONIZATION IN THE EUROPEAN UNION AND NEW PARADIGM FOR THE DEVELOPMENT OF FUEL & ENERGY COMPLEX IN RUSSIA» will take place in Kazan August 31 – September 1, 2021.

The coronavirus’s delta variant is different from earlier strains of the virus in worrying ways, health officials are discovering. And those differences may mean a return to some of the restrictions that vaccinated people thought were in the past.

Machine-learning systems from the company and from a rival academic group are now open source and freely accessible.

It’s protein-structure prediction for the people. Software that accurately determines the 3D shape of proteins is set to become widely available to scientists.

For some dinosaurs, the Arctic may have been a great place to raise a family

Fossil baby teeth and bones hint that some dinosaurs reared their young near the North Pole.

Dinosaurs didn’t just summer in the high Arctic; they may have lived there year-round, new fossil evidence suggests.

A trove of new detections suggests that the bursts could be the result of at least two separate astrophysical phenomena.

A radio telescope in Canada has detected 535 fast radio bursts, quadrupling the known tally of these brief, highly energetic phenomena in one go. The long-awaited results show that these enigmatic events come in two distinct types — most bursts are one-off events, with a minority repeating periodically and lasting at least ten times longer on average.

The most realistic computer simulation of star formation yet offers stunning views of what the inside of a stellar nursery might look like. In the Star Formation in Gaseous Environments simulation, or STARFORGE, a giant virtual cloud of gas collapses into a nest of new stars. Unlike other simulations, which could render only a small clump of gas within a larger cloud, STARFORGE simulates an entire star-forming cloud.


One of Saturn’s rings has revealed properties of its core, hidden deep beneath the planet’s golden atmosphere.

That core isn’t the lump of rock and ice that many scientists had envisioned, the new study finds. Instead, the core is diffuse, pervaded by huge amounts of hydrogen and helium and so spread out that it spans 70,000 kilometers, or about 60 percent of the planet’s diameter, researchers report April 28 at arXiv.org.

University rectors are told to go through the assessment screen and train a million IT specialists
Chernyshenko in Innopolis: personnel with 'digital skills' to determine everything

University rectors are told to go through the assessment screen and train a million IT specialists. And Innopolis obtains a new high status. The vaccine of mass digitalisation in the training of personnel for the Russian economy was prescribed by Deputy Prime Minister Dmitry Chernyshenko at an off-site working meeting that finished late on 6 March in Innopolis near Kazan. The meeting brought together rectors of 500 Russian universities. Chernyshenko told them to urgently train a million IT specialists. But first, the rectors will go through a mass system of competence assessment — a comprehensive assessment.

Export quotas and taxes on Russian grain implemented to secure food prices in the domestic market have resulted in a record price growth. Analysts consider that the Kremlin’s tax move may make Russian wheat uncompetitive and enable other exporters to gain bigger market shares.

A ‘blue bang’ sparks an unusual type of lightning in the upper atmospher. The International Space Station spotted an exotic type of upside-down lightning called a blue jet (illustrated) zipping up from a thundercloud into the stratosphere in 2019. 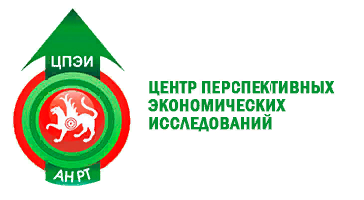